Tonight I took a look at The Blair Witch Project. 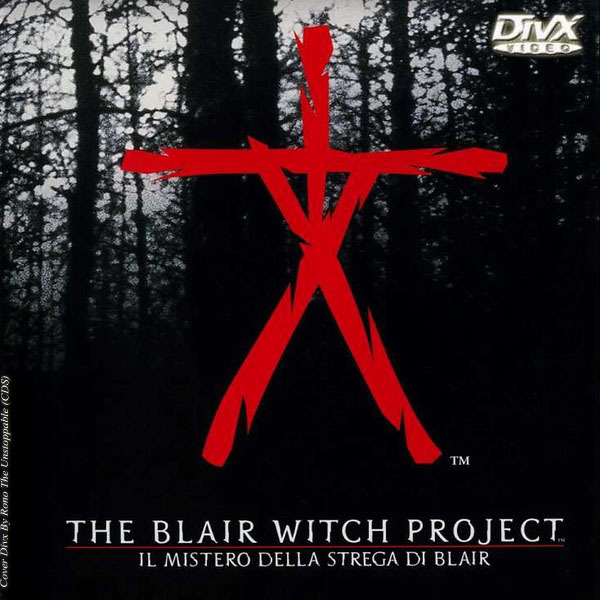 I remember this coming out when I was in High School. The hype behind it was as subtle as this:

Movie studios don’t lie, do they?

The movie studios plugged this as hard as they could as a genuine documentary filmed by three dead people. They even went as far as to pay IMDB to list their credits as (missing: presumed dead).

And I think almost every high school student in the United States fell for it. I mean, with camera footage this crappy, with really bad sound and editing and obviously no real dialogue, what else could it be? A REAL studio wouldn’t release this motion-sickness inducing home video, right??  And really that’s why it was deemed to be one of the scariest horror movie of all time.

But the minute you realize that this was all a “plausible” hoax filmed in a public park with 2 handheld cameras (they had to stop filming every time families on their bikes road by), it really takes the wind out of the Blair Witch’s sail. Every vomit-inducing quick pan. Every sound blip, every time they TALK ABOUT THE F*** MAP…

it just makes me really kind of angry at the studio for being the unholy mother chosen by Satan to give birth to all the found footage movies that are saturating the horror-movie genre right now: rollercoaster rides full of clunky dialogue and NOTHING HAPPENING. Go stand in the corner!!