Today I watch a great remake of a classic film: The Mummy

The 90’s is when Hollywood looked at the classic monster movies and over the course of a decade, tried to revamp them all (they also liked to slap the author’s name over the title despite the fact that the 90’s versions are all the LEAST faithful adaptations of the books—excluding The Mummy and the Wolf Man which were movies first) . I think The Mummy was their most successful endeavor because, in part, it had WAY more fun and is actually more entertaining than the Karloff original which is slow-paced and very disjointed. The Mummy is more of a classic 30’s-style screwball adventure in the vein of Indiana Jones. I think Sommers looked at the old Karloff movie, said, “You know Universal was just making stuff up about Egyptian history and mythology. Let’s just make no bones about the fact that we’re making crap up and just tell a nutty story people can enjoy.”

In fact, the characters are so funny and lovable that my research nut that’s screaming, “Why would they MUMMIFY someone they wanted to be cursed? Mummification wasn’t a punishment it was a privilege to ensure immortality! They would have tossed him on the sand to “rot” and be condemned to wander the earth as a ghost!” is actually pretty happy. 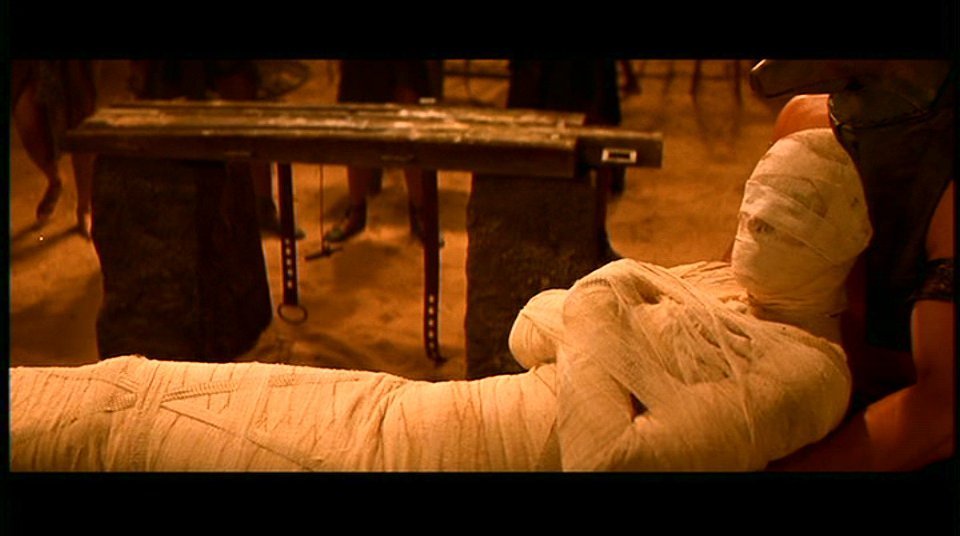 We’re condemning a murderer to have his body prepared free of charge and a large beautiful coffin to ensure his spirit will have a place to rest for all eternity. Take that, Jerkface!

So apart from the whole “white people saving the day” trope that gets a little flinchy in places, this is a pretty cool horror/fantasy flick with an awesome baddy. My only complaints are that a) Brendan Fraser is just too Canadian to be a bad-boy we’re supposed to believe he is. His face always looks like he’s about to say “sorry,” after every nasty line.

“Um, I’m uncomfortable with the amount of times I say ‘damn’?”

b) Rachel Weiss was not in the 3rd movie in this franchise. I still get mad about that.

She was having her baby! You couldn’t WAIT??