Today, I look at another Horror Movie Icon. For the longest time I thought I’d seen the first Chucky movie, but I guess that was number 2 or 3, because I have no memory of Child’s Play. This is back when they were still calling it “Child’s Play” and not “The ____ of Chucky,” because, let’s face it. It’s all about this freaky little doll, possessed with the spirit of a Chicago Serial Strangler.

Childhood fears are a subject I embrace with tender love, but this movie is the only one to encapsulate the TERROR which I lived with as a child: FREAKY UNCANNY VALLEY TOYS OF THE 80’S. Seriously. ALL of these guys could have been possessed by dead serial killers. Just look at them!

Killers. All these guys. 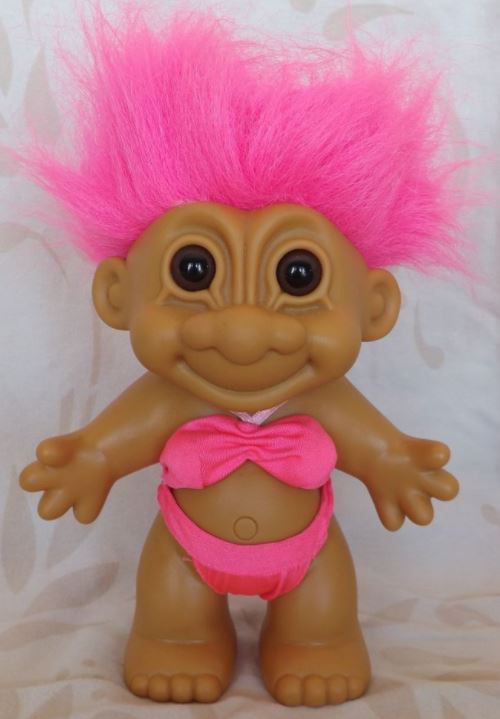 BURN IT WITH FIRE!!!

So yeah, I was among the millions of kids who saw the “Good Guys” doll in commericals (a cute nod to the “My Buddy” doll for boys of that era) and immediately cottoned on to the idea that it was evil. But still not as evil as the HuggaBunch movie.

The rest was your typical Talky Tina plotline, except this doll isn’t protective of its owner and has a vendetta of his own to kill the guys who pursued him in life and—HOLY CRAP, IS THAT GRIMA WORMTONGUE?

So, I guess this guy is just good at being the evil little voice in people’s ears.

“Chucky says she was a rotten bitch and got what she deserved!” (image property of Newline Cinema)

It was pretty fun, and Charles Sarandon was pretty fun as the detective, but it might have been fun to hint at a little romance between him and the mom. And for all Chucky being possessed by a serial strangler, he actually did very little strangling. Mostly stabbing, but when your body weight is reduced to a measly five pounds, you don’t really have that power behind it.

Final thoughts? This movie wins the award for the most fake-out endings ever probably. Chucky is now available to stream on Xfinity OnDemand for a limited time. Also Netflix just posted the The Cult of Chucky for streaming. I might take a peek later this month just to see how weirdly this concept deviates from its source.
Sweet Screams, everyone!