Here is Day 25’s Inktober and the LAST of the faces I need to render for the CRIT! banner. She will be “magicking” a 1-sided dice between her fingers. 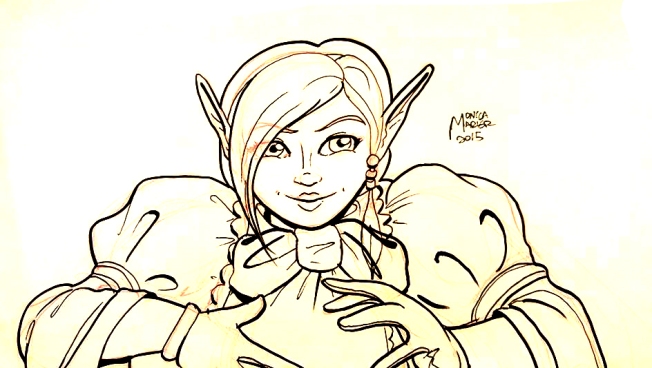 Kiyana, from CRIt!, by Monica Marier 2015 pencil and inks

Inktober Day 6 is a special picture Mythgard Community, specifically the ones who play Lord of the Rings Online. It’s one of the game avatars of the Tolkien Professor, Corey Olsen, Wigend. He’s reciting one of his favorite catchphrases. 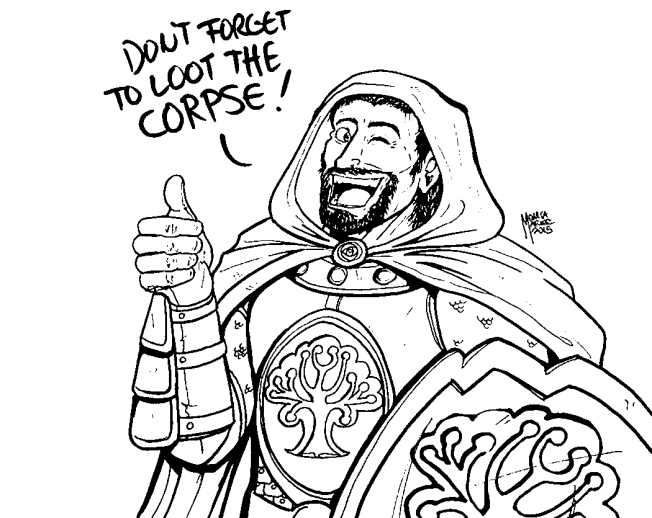 I’ll be using a higher-resolution version of this for some Mythgard-related items. So stay tuned for that!

If I haven’t let my geek flag fly enough lately *snort* let me amend that by confessing that I love my MMORPGs. I’m not a gamer by any stretch of the imagination. I only play a few games, namely Lord of the Rings Online, DC Universe Online, Dungeons & Dragons Neverwinter, and Star Wars Old Republic. My first real video game was LOTRO back in ’10. There was something about it that caught and hooked me and it wasn’t just visiting all the people and places in Middle Earth that I’d always dreamed of seeing. I made a few of my characters, Linus and Deirdre chiefly, because they lent themselves well to the fantasy genre and I already liked them.

I wanted to make an Elf character, and someone else was using “Morfindel,” so I made Vilori Reagan. He was only a little tertiary character in my book, nothing special, but then something astonishing happened. As I played with Vilori and made more decisions, I began to learn things about him! I learned his likes, his dislikes, his point of view, his motivations and pursuits and dreams!

That’s what gave rise to the Vilori Reagan as he exists in Runs in Good Condition and not just a crotchety one-liner guy.

It didn’t stop there, either. I got to know Linus and Deirdre better too, as well as some of my upcoming characters. Now if I don’t know what a character’s about, I create a character for them and pay very close attention to how they work. What tasks do they like, what don’t they like. Do they like fights or avoid them? Are they abrupt or surreptitious? Do they help people for money or because they feel altruistic? What hobbies do they have? These are all things most writers like to explore to make a fleshed out character.

And maybe, if you’re lucky, some really hilarious incidents will make it into a book, (Like the fact that in Halfling Towns, all of the lamp posts hang their lights at just the right height to conk Linus on the head.)

So just thought I’d toss that out there. MMORPGs are a great way to unwind and kill things when the world looks stupid, but it’s also an enjoyable way to get inside your characters’ heads and get your hands dirty. 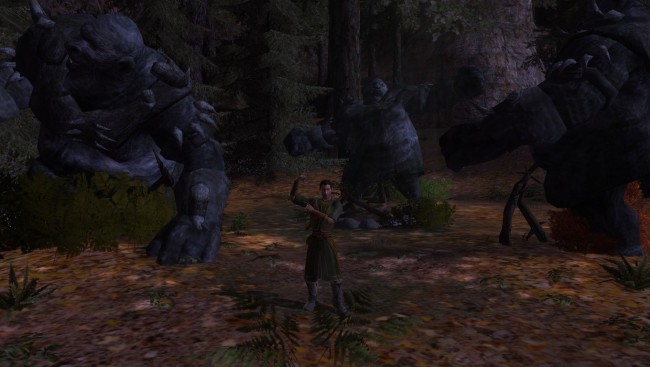 So if you see a Character on the Landroval server that has a name like one of my characters, say hi! it might be me. 🙂